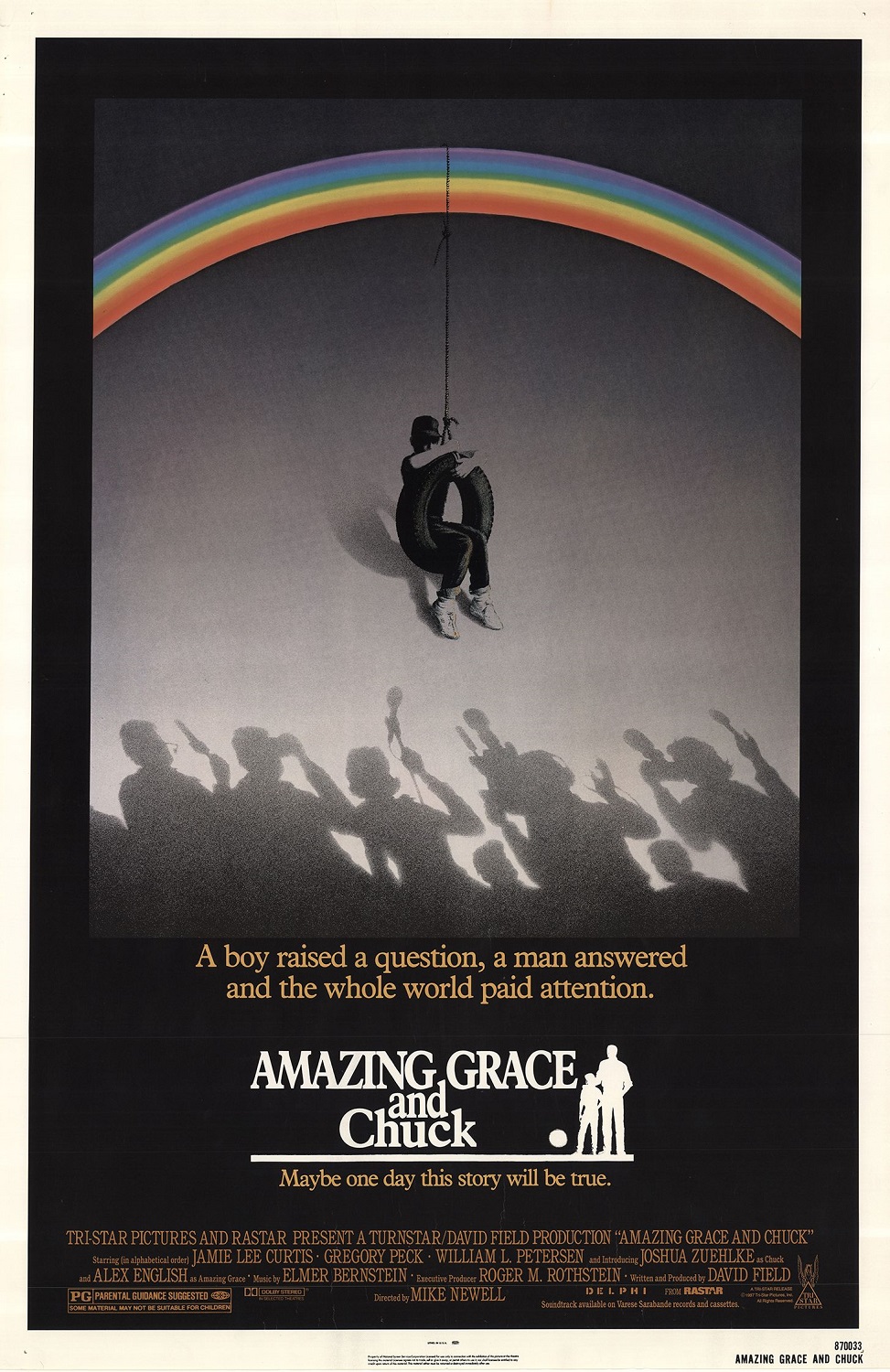 Chuck Murdock (Joshua Zuehlke), a 12-year-old boy from Montana and the son of a military jet pilot, becomes anxious after seeing a Minuteman missile on a school field trip, which is intensified by a nightmare of a fork dropping after being told that the speed and effectiveness would be done “before a dropped fork hits the floor”. Chuck protests the existence of nuclear weapons by refusing to play baseball, which results in the forfeit of a Little League game by his team.

“Amazing Grace” Smith, a fictional Boston Celtics player (played by NBA star Alex English), catches a blurb about the story in his newspaper and decides to emulate Chuck, saying he will no longer participate in professional basketball unless there are no more nuclear weapons. This gives it nationwide coverage, inspiring more pro athletes to join the protest against nuclear weapons. Smith then moves to Montana to meet with Chuck and buys an old barn, which he and the other athletes renovate into their residence. Smith’s agent, Lynn (Jamie Lee Curtis) is unsure about what he hopes to accomplish but decides to support him and Chuck.

The film reaches a climax when the President of the United States (Gregory Peck) personally meets with Chuck, admiring his resolve but at the same time explaining the practical difficulties of disarmament.

• A boy raised a question, a man answered, and the whole world paid attention.
• Maybe one day this story will be true.

→ Both Jamie Lee Curtis and William Petersen acted in this movie for scale.

♦ [about Jeffries, To Amazing] It’s men like him who make presidents disappear.