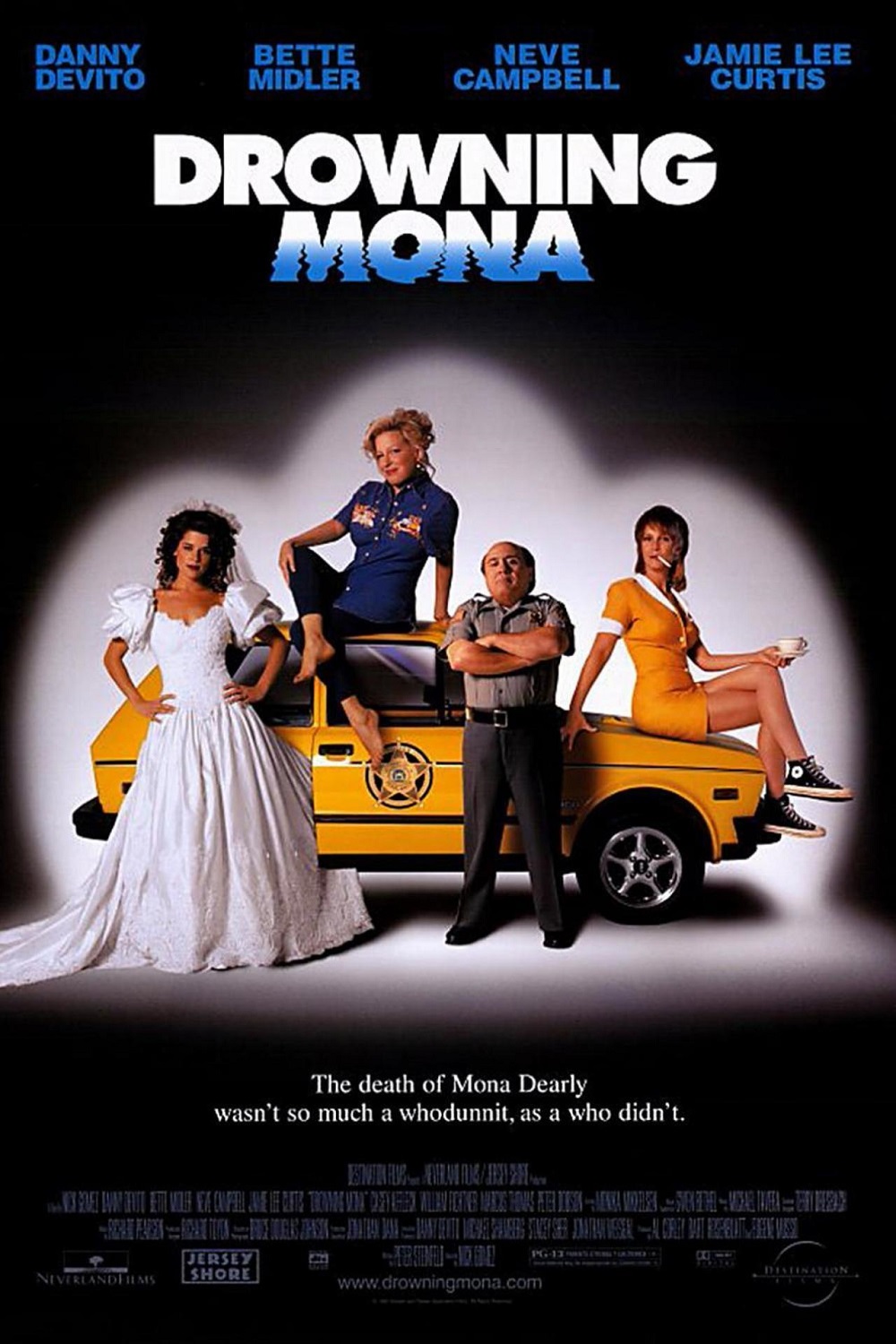 The recently deceased Mona Dearly (Bette Midler) was many things: an abusive wife, a domineering mother, a loud-mouthed neighbor and a violent malcontent. So when her car and corpse are discovered in the Hudson River, police Chief Wyatt Rash (Danny DeVito) immediately suspects murder rather than an accident. But, since the whole community of Verplanck, N.Y., shares a deep hatred for this unceasingly spiteful woman, Rash finds his murder investigation overwhelmed with potential suspects.

→ Rona Mace (Jamie Lee Curtis) is an anagram for “a romance”.

♦ Some shame ’bout that Mona Dearly. I mean, so young.
♦ Good luck doesn’t happen to people like us. Good luck happens to Madonna.