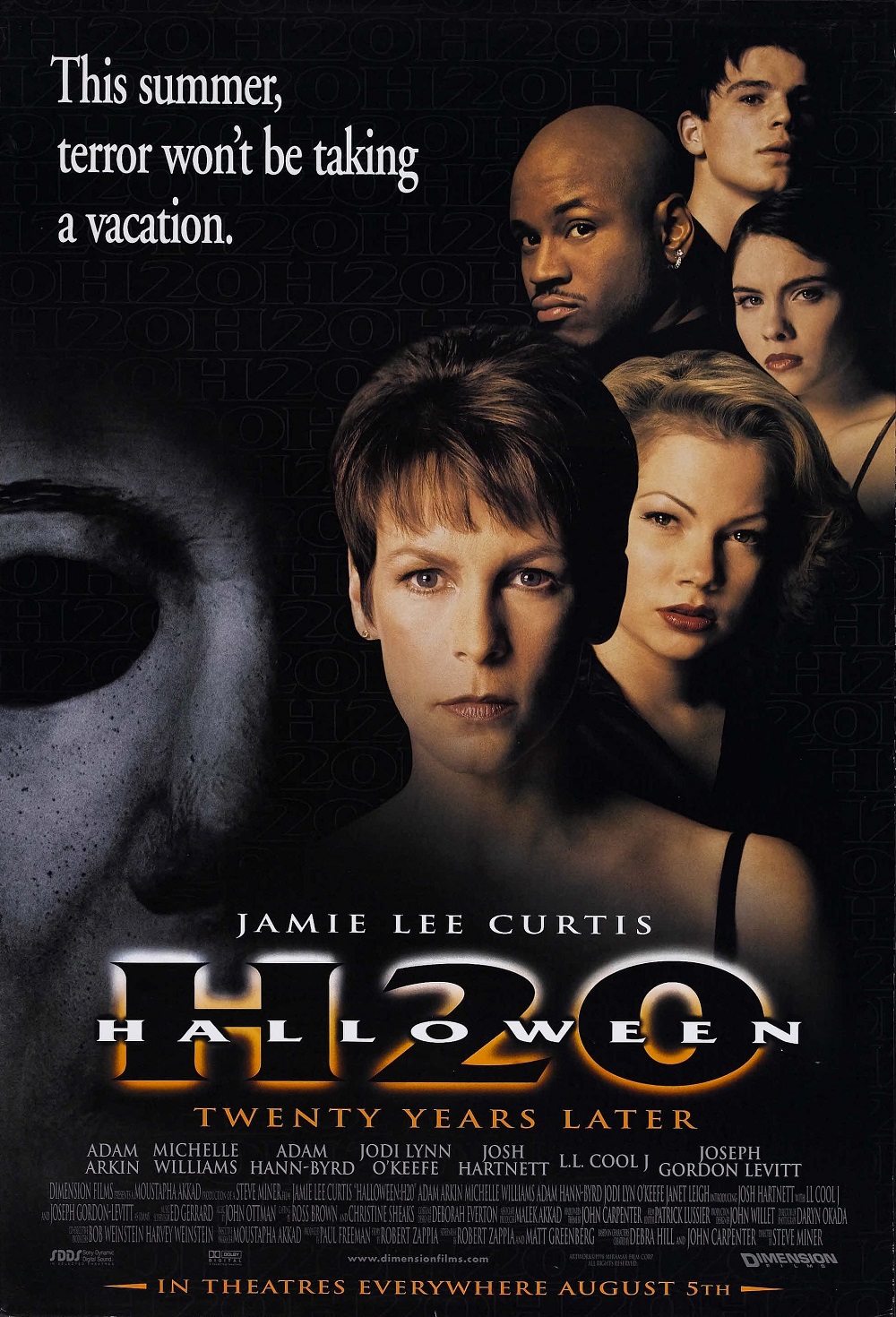 Two decades after surviving a massacre on October 31, 1978, former baby sitter Laurie Strode (Jamie Lee Curtis) finds herself hunted by persistent knife-wielder Michael Myers. Laurie now lives in Northern California under an assumed name, where she works as the headmistress of a private school. But it's not far enough to escape Myers, who soon discovers her whereabouts. As Halloween descends upon Laurie's peaceful community, a feeling of dread weighs upon her -- with good reason.

• It’s going to be one hell of a family reunion.
• After two decades away, guess who’s coming to Halloween?
• This summer, terror won’t be taking a vacation.
• Blood is thicker than Water.
• 20 years ago, HE changed the face of Halloween. Tonight, he’s back!
• Trick or Treat. Kill or Die. It’s That Time of Year Again.
• The face of pure evil is back for Laurie Strode. 20 years later………

→ Even after 20 years, Jamie Lee Curtis said that seeing Michael Myers on set still scared her.
→ Jamie Lee Curtis considers the film a thank you note to her fans. Curtis: “Without that early career, I truly don’t think I would have been an actor.”
→ During a 2018 interview with Variety, Jamie Lee Curtis said, “‘H20’ started out with best intentions, but it ended up being a money gig. The film had some good things in it. It talked about alcoholism and trauma, but I ended up really doing it for the paycheck.”