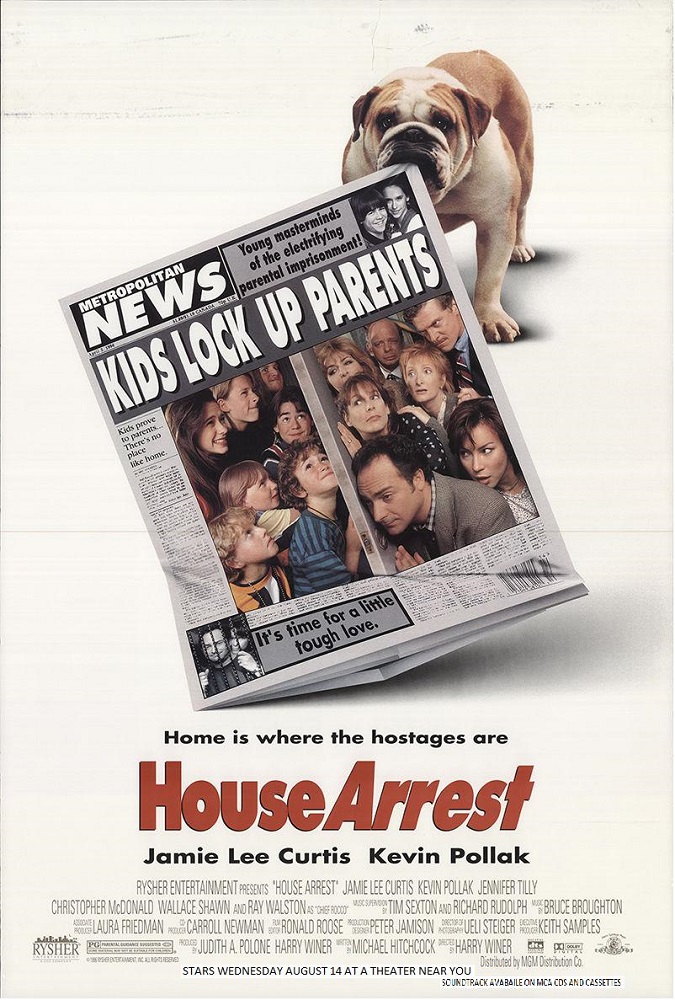 When Janet Beindorf (Jamie Lee Curtis) and her husband, Ned (Kevin Pollak), announce their separation, their two kids decide to lock them in the basement of their home until they sort things out. Soon other parents are getting the same treatment from their children, including the divorce-happy Vic Finley (Wallace Shawn), with all the adults confined to the Beindorfs' basement along with Janet and Ned. Unable to escape their prison, will the parents finally make some changes in their lives?

n Defiance, Ohio, the Beindorf family, consisting of Ned (Kevin Pollak), Janet (Jamie Lee Curtis), Grover (Kyle Howard), and Stacy (Amy Sakasitz), live a supposedly happy typical family life in the suburbs of Defiance, Ohio. In fact, Ned and Janet are not happy and are separating, although they tell Grover and Stacy it is not a divorce.

Grover and Stacy first try to recreate their parents’ honeymoon in the basement, but this fails to bring any happiness into their relationship. Grover and Stacy then leave the basement, telling Ned and Janet they must get another surprise for them upstairs. They go up, close the door, and nail it shut. They vow to keep it so until Ned and Janet work out their problems and get their marriage back on its feet.

The next day, Grover tells his best friend Matt Finley (Mooky Arizona) what he has done and T.J. Krupp (Russel Harper), the wealthy local bully, overhears them. Matt goes over to the Beindorfs’ house to look at Grover and Stacy’s work and is impressed. T.J. shows up to have a look and actually installs a newer, more secure door to keep Ned and Janet trapped.

He and Matt then leave to collect their parents and bring them there to lock them up as well. Matt’s father Vic (Wallace Shawn), never keeps a wife for more than two years and is on his latest wife Louise (Caroline Aaron). T.J.’s father Donald (Christopher McDonald) does not treat his wife Gwenna (Sheila McCarthy) well. Matt also brings his bulldog Cosmo and two younger brothers Jimmy (Alex Seitz) and Teddy (Josh Wolford) who come armed with sleeping bags and T.J. brings his boa constrictor Spot. When Grover asks what is going on in response to his friends setting up camp at his house, T.J. replies with “Our parents could be down there for months!”

Ned and Janet almost talk Grover into letting them out, but Donald threatens him with legal action. Grover finds out that his dream girl Brooke Figler (Jennifer Love Hewitt) is also having parental problems: her mother Cindy (Jennifer Tilly) acts like a teenager, going so far as to trying to hang out with Brooke’s friends. Grover invites her to lock Cindy up with the rest. The children begin to help their parents solve their problems. They try to find a way out of the basement while getting along and seeing what each of their problems are. The children also work out their differences with each other above. They eventually give in and up to the police led by Chief Rocco (Ray Walston). Their parents are set free.

Some time later, Ned and Janet reconciled and took a second honeymoon to Hawaii. Vic and Louise’s marriage lasted past the two-year mark and they are expecting another child. Donald and Gwenna got divorced, though she later went back to law school and they opened up a law firm together. Cindy started dating other men instead of intruding on Brooke’s dates. Also, Grover and Brooke became sweethearts and she passionately kisses him in front of their classmates at school. He concluded that if his parents ever try to get divorced again, he might think of locking them in the attic.

• Home is where the hostages are.
• There’s More Than One Way To Keep A Marriage Together…