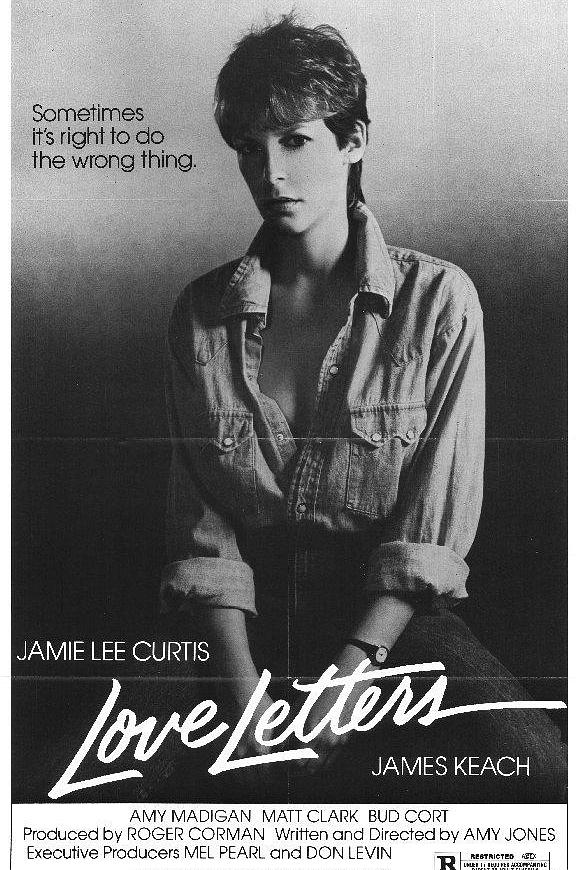 Anna works for a Los Angeles public radio station. She often must care for her alcoholic father and comply with his many demands. When she finds love letters, revealing her mother’s longtime involvement with someone else, Anna develops a romantic notion of the idea as something suitable for herself.

She meets a photographer, Oliver Andrews, who is happily married and a father. Their physical attraction is immediate and they begin a torrid affair, but Oliver cautions her from the start that he has no intention of leaving his family. Anna has no objection, enjoying the sex and intimacy for the time being, until feelings develop and she begins to desire a permanent relationship, intruding on Oliver’s privacy in the process, with unhappy consequences for all. In the end she finally meets the man her mother had an affair with and she decides to take a job offer at a radio station in San Francisco to give herself a fresh start in life.

• Sometimes It’s Right To Do the Wrong Thing.

→ Jamie Lee Curtis agreed to do the film for only $25,000, despite several nude scenes, as it gave her a chance to break away from the horror films she had been mostly making up until that stage of her career.
→ Writer/director Amy Holden Jones took the project to producer Roger Corman, who financed her first film Slumber Party Massacre. He agreed to produce this film, but – like her previous movie – he insisted on adding nudity. Jones said in an interview, “He actually told me that lovemaking wasn’t so much required as nudity. And he didn’t mind if she could just be lounging around the house nude, but there had to be nudity. He had to have some way to sell the thing. It’s actually the one thing that troubles me about it. I find some of the nudity really gratuitous. But it was the price we paid to get it made.”