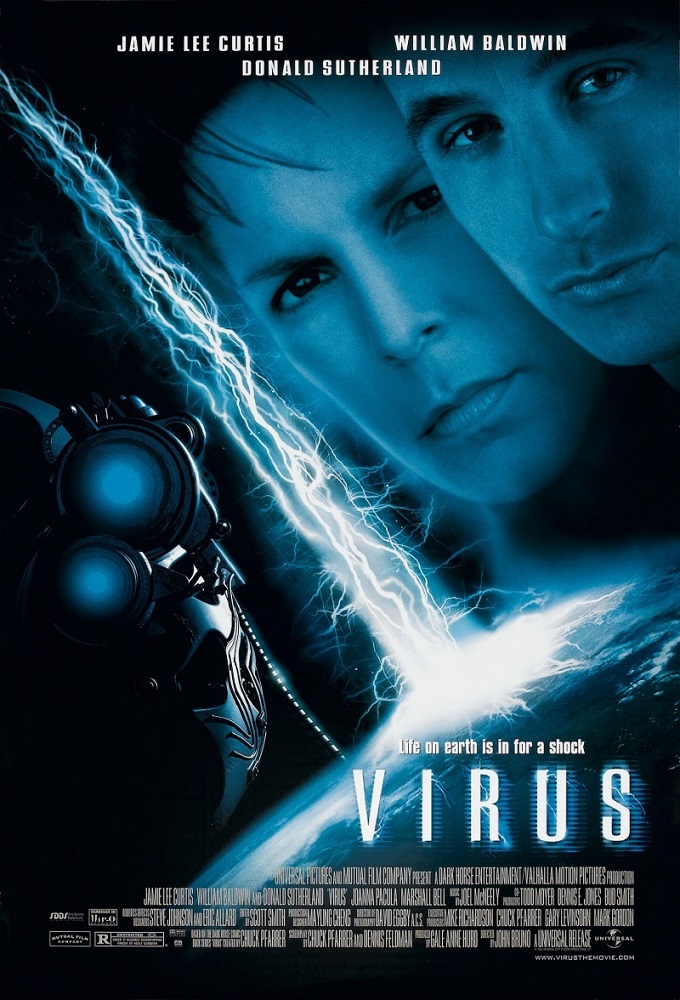 Caught in a typhoon, a tugboat commanded by Robert Everton (Donald Sutherland) comes across a mysterious near-deserted ship. Excited to find a vessel that could be sold for as much as $30 million, Everton and his crew board and prepare to move the craft, despite the warnings of sole survivor Nadia Vinogradiya (Joanna Pacula). When a malevolent alien presence begins killing off the crew, navigator Kit Foster (Jamie Lee Curtis) tries to convince the rest of them to leave before it's too late.

→ Jamie Lee Curtis has admitted to hating this film, calling it “the worst movie ever made”. She added that she lobbied hard to have the director fired and replaced by Steve Miner, who she had made Halloween H20: 20 Years Later (1998) with. However, he wasn’t available, as he was working on Dawson’s Creek (1998)).